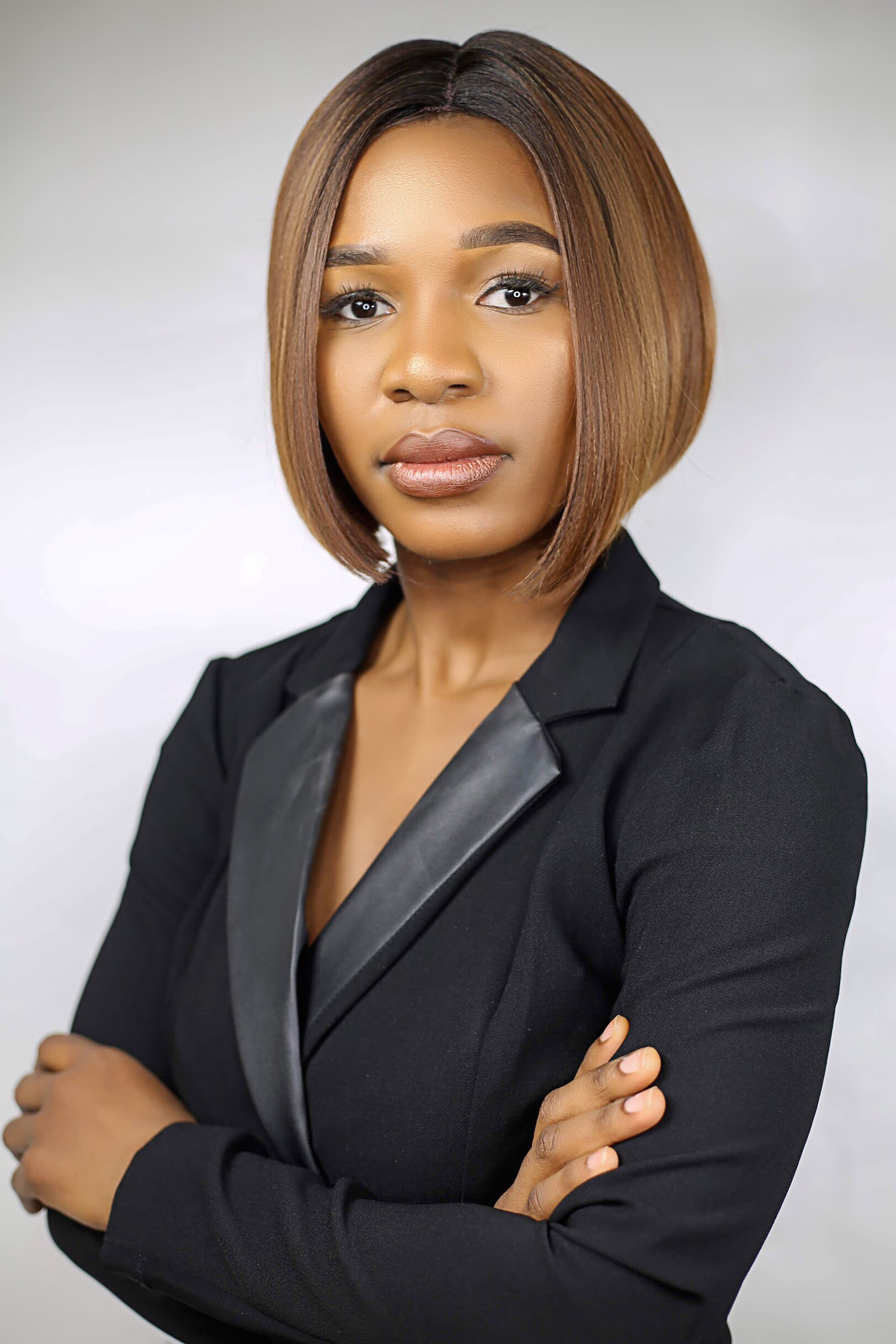 Chinecherem Eze is a business woman, investor, film maker, actress and model. She is the CEO of LA BOSS; the first Black-Owned Braiding hair company and one of the fastest growing hair care brands. She is also the CEO of Adaora Beauty Supply; a chain of beauty supply stores in Los Angeles, California. Chinecherem constantly seeks innovative ways to give back to her community through mobilizations, direct service, donations, and more. She is transforming lives of young women by helping them clearly define their lives and live their

purpose while maximizing their personal and professional potentials. She has explored new frontiers in Hollywood as she is currently working on producing her first feature film which she also stars in. This is in addition to many short films and TV shows which she has produced and starred in. She also featured on Ellen DeGeneres Game of Games Season 1 that which aired on NBC. She studied Political Science and Theatre Arts at the University of California,

Los Angeles and currently serves in the United States Army Reserve. Chinecherem is no stranger to the world of pageantry. Her first outing in pageantry was in 2016, competing in Miss Africa USA in Washington D.C, where afterwards, she was awarded the Cultural Ambassador. Later, she competed in Miss Nations of the World, where she made the top 10 finalists and in addition, clinched the People’s Choice Award. 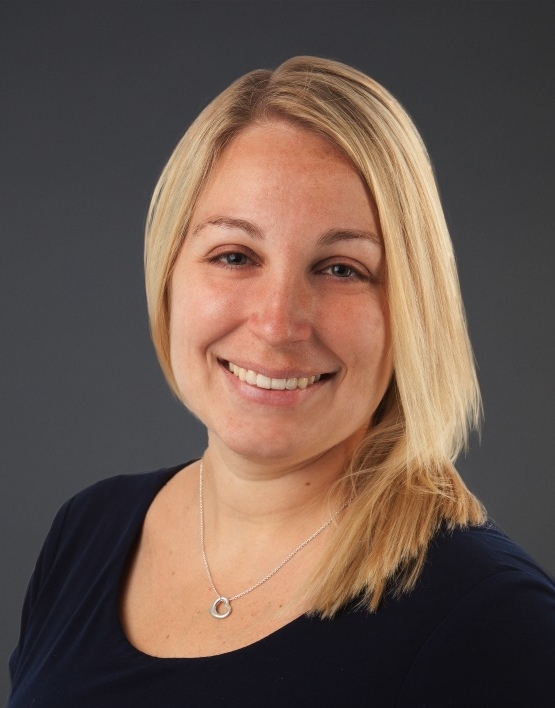 Kris is currently the Director of the Professional MBA and Online MBA program at the University of Utah.  She has taught, developed faculty and staff, created new courses, and worked to increase the quality of instruction and support in the MBA program.

She is now a Ph.D. student studying Organizational Communication. Where community service is concerned, she serves as a board member for the Rape Recovery Center and acts as the planning chair of the Intermountain MBA Consortium.

She looks forward to continuing to work with students, faculty, and staff at the U of U and is very passionate about student outcomes and program improvement. 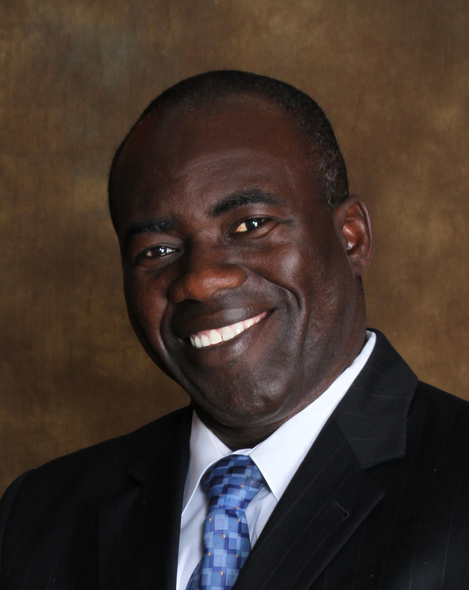 My name is Thomas Appiah and I have worked extensively in Canada, Europe, Asia, Africa, the Middle East and the United States of America and has a broad sense of positioning products for sustainable growth. I have great passion in serving in my community and globally through my various professional and social relationship.

I am currently working at L3 Technologies involved in defense contracting with P&L responsibilities.In 2007 I found the Appiah Consulting Team International Inc.a Management Consulting firm focusing on emerging markets in Africa which I serve as the President and CEO. I am also the Chairman of the African Chamber of Commerce of Utah and serves as a member of the Diversity Board of Zions Bank. Additionally,

I work as an Adjunct Professor at Utah Valley University Woodberry School of Management and a visiting Lecturer at Brigham Young University School of Management. As part of my community services, twenty five years ago, I helped organize HART (Humanitarian Aid Relief Team) to Ghana which continues to train doctors, provide medical procedures and build hospitals for the people in remote areas of Ghana. I am currently serving as board member of HART. I have served as a counselor to the New Orleans evacuees to Chicago area due to Hurricane Katrina.

When there is an opportunity to serve, I make myself available, yet focusing on what is most important.I organized, collected and sent relief aid to Mozambique during an environmental disaster in the year 2000 while on foreign assignment in Tokyo, Japan. Again, I have great passion serving others. In 2011, I took my family to Ghana and distributed 1600 prescription eye wear.I am really into encouraging citizens to take responsibility in improving their communities. A native of Ghana, my wife and I are the parents of four beautiful children. 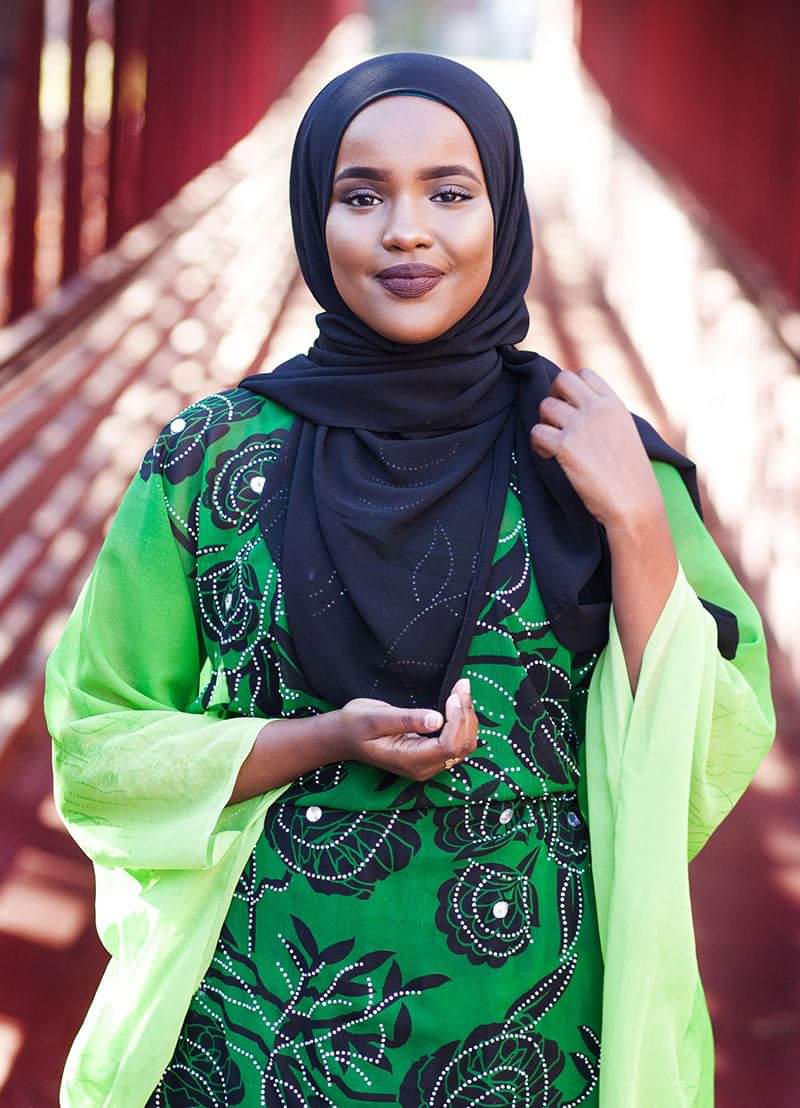 Asma Ali Dahir lives in South Salt Lake, Utah. She is attending Westminster College, studying Public Health and is on the Pre – Physician Assistant Track. She hopes to get her masters in both Public Health and in the Physician Assistant dual program (PAMPH). Asma is involved with various prestigious programs at Westminster such as the Honors College and Legacy Scholars. She has participated in various leadership activities such as being a title holder of Miss. Africa in 2017, Treasurer of the Black Student Union at Westminster College, and sat on several panel discussions about diversity and inclusion. Her continued mission is to maintain and foster conversations about self-growth, love, and acceptance of each unique identity. She enjoys mentoring and sharing her story with young girls to be the representation she needed as a young child.

When the civil war began in 1988, Asmas’ parents fled their home country, Somalia, to seek refuge from the dysfunctional government and aftermath of colonization. They relocated to a refugee camp in Kenya, hoping to escape the pain, but soon discovered that this land was similarly plagued with the same ideology. After eight years of living in fear and famine, a final decision was made: her mother would seek refuge in America along with her three children and unborn twins. Her father would remain behind because money was limited.

Five long months later, Asma was born here with her twin sister in the United States, just before the 9/11 attacks. Without her father, her family was forced to adapt to a new environment and culture while being discriminated against because of the tragedy of 9/11. Asma and her four siblings grew up with just the idea and stories of her father. Her mother, Fatuma, looked after her children while working full time. Every day, she made sure Asma and her siblings were at school and daycare. After two years, Asma’s father, Ali,  was able to rejoin their family. He brought his strength and inspiration, by working two jobs and finishing his high school diploma. With both parents working, Asma’s family was able to function somewhat normally. Their normal was both parents working full time and always seeking for extra part-time jobs to support a family of six natural born children and two adopted children. “My parents always taught us the importance of education regardless of our situation. They would always recite the Somali proverb, “Aqoon La’aan waa option La’aan,” which translates to “Without Education, there will be no light.”

Although Asma was born in Utah,  She grew up with the Somali traditions, culture, and customs. She learned Somali as her first language and was taught the discipline the Somali culture has. 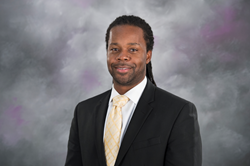 Dr. Roderic Land is serving as the Special Assistant to President and Chief Diversity Officer at Salt Lake Community College. Having received his PhD in Educational Policy, Organization, &amp;Leadership, Dr. Land committed his life and work to higher education. As a scholar activist, he has insisted on bridging the gap between theory and practice. His hands-on approach to communities broadly defined, is paramount and largely significant to his research and social agenda. As such, he has taught at the University of Utah in the Department of Education, Culture &amp; Society &amp; The Ethnic Studies Program.

As a professor, his academic range includes sociology of education, educational policy, hip-hop and social justice education, leadership development and Ethnic studies. His research is committed to liberatory educational practices with a sound pedagogical approach. In other words, Dr. Land insists that race and racism, coupled with other historical, oppressive realities are yet continued battles in the 21 st century and are largely important to the new millennium scholar. He has taken his work and gifts seriously. His community involvement is untiring and necessary to his philosophy and work as a scholar, researcher and administrator.

He maintains and believes that God has assigned him to this duty and he humbly works as a servant for God, his students, community, and the many he has mentored throughout the years on a national level. His ultimate global impact will resituate the perception of inclusivity and equity in education and society at large. 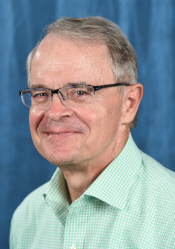 Jim M. Wall served as Publisher of Deseret News Publishing Company, Inc. from 2000 until 2010. Prior to that, Jim served as Executive Vice President and General Manager of the Denver Post. His career has been spent in many positions in the newspaper industry. Jim has been active in each of the communities where he has lived and worked, including The Church of Jesus Christ of Latter-day Saints, executive board positions with the United Way, local chambers of commerce,and community economic development, college boards of trustees, Boy Scouts of America, theater, opera, and symphony boards and charitable organizations.

He is a constant presence in the community and has participated on more than 20 Utah boards and committees. In 2004, Jim was honored as the American Heart Association;Heart of Utah recipient. He attended Washington State University for one year and later graduated from Brigham Young University with a degree in communications in 1972. 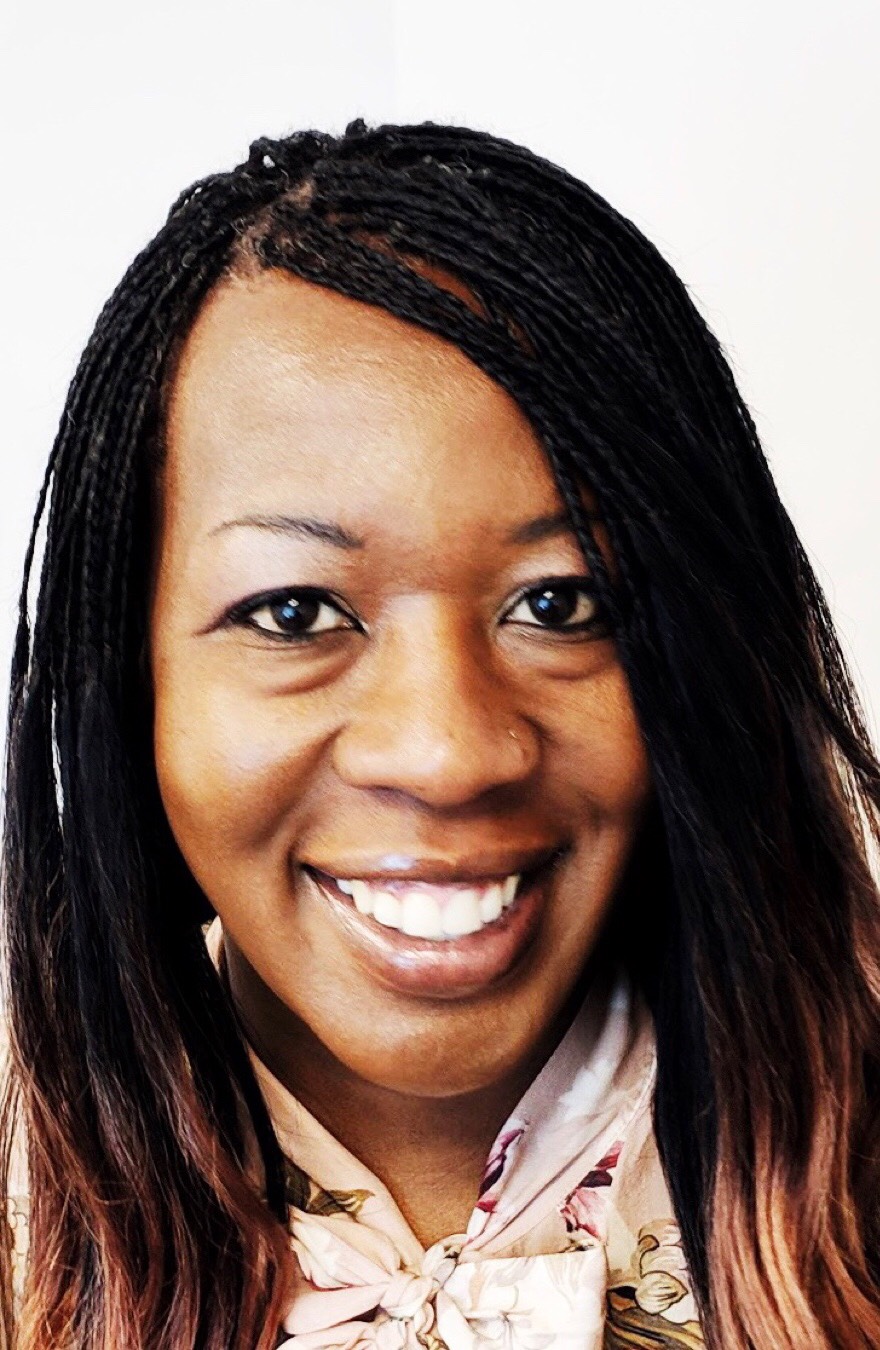 This is Dr. Sangale’s first year of judging pageants. Born in NY, NY to immigrant parents from Kenya, Dr. Sangale was raised in both Nairobi and Columbus, OH. Currently, she lives Salt Lake City and has called Utah home for over ten years.

Dr. Sangale is employed as an Anatomic Pathologist at Myriad Genetics, Inc. She obtained a Medical Doctorate from Medical College of Ohio in 2003. In addition, she completed four years of Anatomic and Clinical Pathology residency at Orlando Health, FL.  Prior to her career at Myriad, Dr. Sangale was a pathology fellow in Cancer Biomarker Pathology at MD Anderson Cancer Center, TX. She is board certified in Anatomic Pathology.

Outside of cancer research, Dr. Sangale enjoys exploring the world, salsa dancing and being with friends & family.