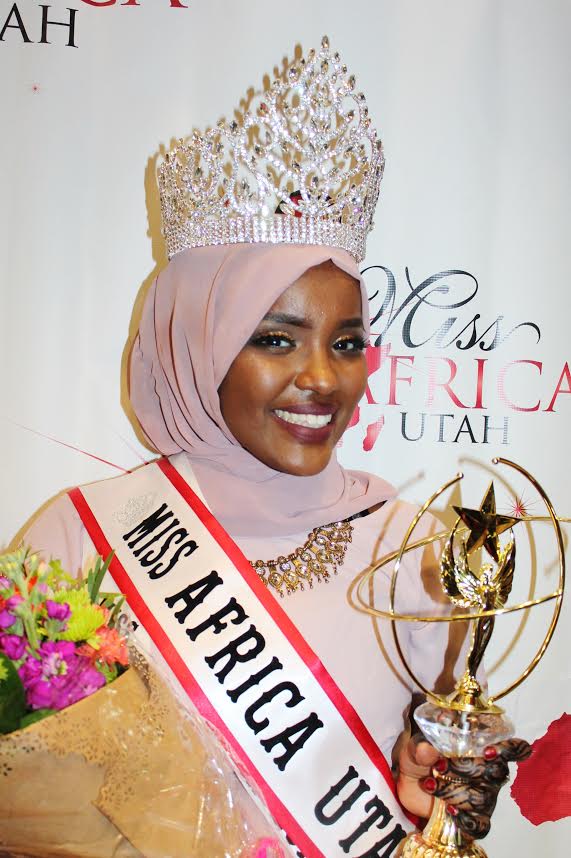 To Dahir, Miss Africa Utah is much more than just a pageant. She told Good4Utah’s Brittany Johnson that it allows her to be a voice for the Somali youth and “share narratives of those individuals who aren’t being spoken for.”

“I didn’t join for the crown. I joined because I wanted to be a role model for all the Somali youth in Salt Lake City,” said Dahir.

Because of the large Somali population in Utah, Dahir realized she had to step up and become the voice for young girls who continue to hide behind their identity — not able to see their beauty.

“For them to see me walk on stage and represent my culture so proudly while wearing the hijab, made me so happy.”

Dahir describes the hijab as “more than just a cloth on our head. It’s a way of modesty — it’s a lifestyle. Often times people associate the hijab with oppression which is totally false. {The} Hijab is a woman’s choice. It gives her the principals of being who she is truly.”

Being Miss Africa Utah 2017 is bigger than Dahir. She said it’s a way for her to shed a new light on her country.

“Often times in the media Somalia is portrayed as poor, it’s portrayed as having pirates, and terrorism and all these things. But for me to go on stage and present it proudly and combat these stereotypes and this ignorance, allows Somalia to be happy.”

The Miss Africa Utah Pageant is part of the GK Folks Foundation, a non-profit organization that provides scholarships to help African students pursue their educational goals with a promise to give back to their respective African countries in the near future. The foundation was started by Gloria Mensah, a Nigerian native who moved to Utah in 2010. When she settled in, Mensah said she new something was missing.

“Africans were here but there was no voice. They couldn’t voice out their opinions or have a stage or a platform to be able to do that,” said Mensah.

“Right now as an immigrant you feel like a minority, which you are, however, this is America. It’s your American dream to be here. When you come, you don’t want to just sit down and do nothing with your life. You want to be able to explore and achieve that American dream. And we see Miss Africa Utah helping them — giving them that step to achieve the American dream.”

The Foundation works with lawmakers and other organizations to help bridge the gap between Utahns, refugees and immigrants, and help them assimilate into the culture.

“We want to be able to help them not just settle, but get used to the culture here in Utah, and at the same time, let people get used to their own culture,” said Mensah.

“For me to walk on the stage confidently and accomplish the biggest dream that I’ve had, made me emotional, and I was crying and filled with joy,” expressed Dahir. 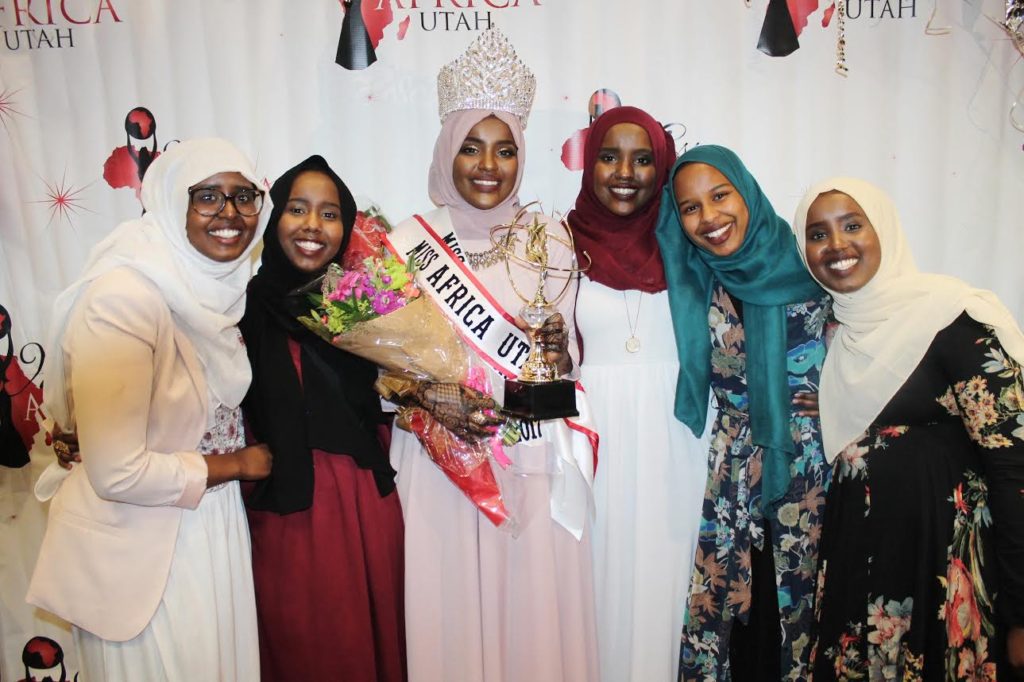